PRODIGY in a nutshell

The crossing of tipping points in ecosystems leads to abrupt and mostly irreversible shifts between alternative system states. Changes in the soil ecosystem have effects on the associated systems, i.e. almost all ecological, but also economic and social systems. Sufficient food production can only be ensured if appropriately used soils are able to provide their full functions. If a tipping point in the soil is exceeded, people may no longer be able to feed on their land. There is thus a danger that changes in the state of economic and social systems will also occur if their resilience is low.

In order to prevent a tipping point in soils from being exceeded, it is first essential to understand soil functions and their resilience to disturbances. To promote this understanding, the PRODIGY project investigates biodiversity-related functions. Our hypothesis is that these functions are permanently guaranteed if many organisms with slightly different functional properties are present and thus prevent the corresponding functions from being endangered by crossing a tipping point. This natural safety net is called functional redundancy.

PRODIGY, therefore, focuses on biodiversity-driven processes for controlling soil functions. With competent management, they can be implemented in ecosystem services (ESS) and are therefore suitable both for the definition of sustainable management options through functional diversity management and for the scientific elucidation of the functioning of core processes in ecosystems and regions characterized by ongoing anthropogenic transformation.

The principal interest of the project is to understand whether a higher diversity of systems spanning from soil health to economic and social aspects enhances their resilience in the Western Amazon basin. Thus, PRODIGY addresses the constantly transforming dynamics between nature and society in the tri-national MAP region. The project aims at describing the complex interdependencies by revealing the respective tipping points of the system-immanent functions.

It is an interdisciplinary project involving scientists from various disciplines like geography, economics, soil, climate, and political science, all entrusting their data to environmental system analysts in order to have an interdisciplinary look into possible futures. The active participation in those processes of knowledge production by local stakeholders of all parts of society takes place regularly in living labs and scenario panels.

The PRODIGY results shall provide: 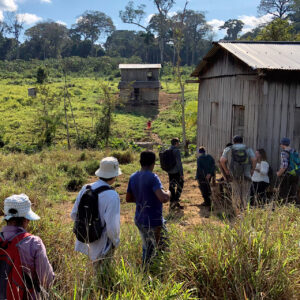 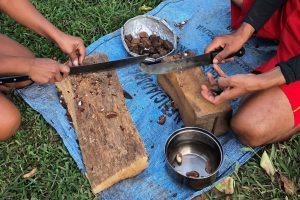