Despite Einstein’s claim time being an illusion, it seems to be relative in soils: many types of bacteria double every 20 minutes (under cozy conditions), a plant usually germinates between 1 and 2 weeks, an earthworm lives on average two years in nature, and, in the Amazon rainforest, trees can become 1000 years old. Although these forests were probably formed during the Eocene era (56 to 34 million years ago), but it was only during the Devonian age (416 to 359 million years ago) that the first plants adapted efficiently to live on land.

But first, what are soils good for? We would say, of course, for EVERYTHING. Soils enable live on earth, „flatten the curve“ of the effects that external stressors have on an ecosystem and therefore regulate and support the functioning of our earth system. Soils provide us with food, fiber and fuel; it purifies water and reduces contaminants when it acts as a sponge and filter; the climate gets regulated by e.g.the effect of the albedo of surfaces (absorption and reflection of solar radiation) and provides us and all other life on earth a habitat (Pereira et al. 2018). The issue is that it is hidden below our feet, and we tend to forget what is out of our sight. While soil formation is a process that takes millions of years, soil degradation and erosion is in comparison a much faster process. Yet, it is a myth that under natural conditions ecosystems recycle resources perfectly. It is rather true that it takes millions of years for losing a considerable amount of nutrients. Even though ecosystems have the potential to adapt to low nutrient levels, such conditions increase their vulnerability to external stressors like the fast and drastic changes that human activities trigger in the environment. Perhaps the most famous example of such processes is the American Dust Bowl of the 1930s, when poor land management led to the degradation of 100 million acres of once-fertile grasslands, and the migration of more than half a million people. Back then, the mechanical preparation of the soils displaced native deep-rooted grasses that normally would have trapped soil and moisture. Posterior events of severe drought and strong winds enhanced wind erosion, converting the soil literally into dust. Apart from the loss of ecosystem services, land and soil mismanagement has and is still nowadays increasingly contributing to climate change. The world’s cultivated soils have lost between 50-70% of their original carbon stock, much of which has been released into the atmosphere as carbon dioxide. Soil carbon stocks are bigger in the topsoil, but it takes a minimum of 100 years to form one centimeter of this layer.

Time is one of (the) five soil forming state factors for processes to take place in the soil at very different temporal scales (Hillel 2008). As soils mature, its resilience increases but like most organisms, with age (or larger time spans), this resilience deteriorates. However, this process is slow and the whole ecosystem can evolutionarily adapt, maintaining the resilience as a whole. The other 4 of the 5 state factors are (1) climate, determining the energy and water soils receive and therefore mineral weathering and speed of biotic processes, (2) topography, changing the energy and water budget at the regional scale and having primal influence on erosion and accumulation, (3) parent material (generally bedrock or drifted depositions) ruling the nutrient state and minerals for the start of soil genesis (as texture depends on it), and (4) life that evolves from soils and changes them (e.g. symbioses mitigating and fostering soil processes). But why should time be important and make a difference? Nowadays in Greenland, thawing processes and the retreat of glaciers have enhanced erosion, resulting in the appearance of pristine parent material and a re-start of soil genesis. During the ice ages, this happened also in Central Europe (or elsewhere in higher latitudes), where soils had been erased by glaciers and transported to the sea as if giant bulldozers would have been leading in this process. Hence, soil formation in Central Europe began freshly after these cold periods (Fig. 1A). In the tropics, on the other hand, there was no similar catastrophic reset of soil genesis. Therefore soils have been exposed to stronger weathering due to high precipitation and temperature over a much longer time (100 of million years compared to 10 000 years!). As a result, tropical soils are usually very deep and have almost no parent material in the first meters (Fig. 1B). Exceptions to the rules are young mountain ranges and particularly areas affected by volcanic activity. 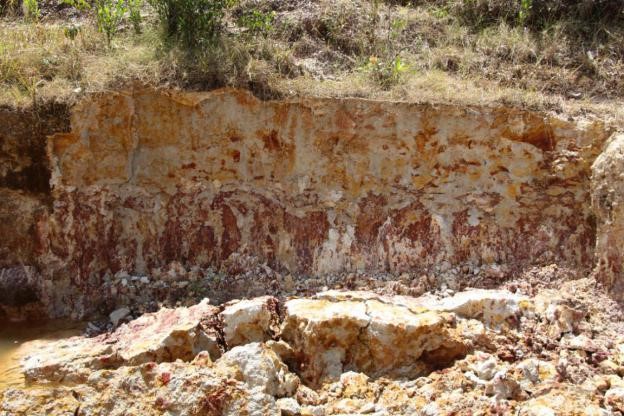 Fig 1. Different coarse textures and colors for deep and shallow soils. Soil profile from A) first 20 cm of a calcareous soil from the Swabian Alb (Germany) with dark topsoil (which commonly indicates accumulation of organic matter), followed by a layer of noticeable parent material (rocks), and B) approx. 1 m of highly weathered soil from the Island Trinidad, with iron oxides causing a red coloration (© Hermann Jungkunst).

Besides the visible parts, soil contains a rich but hidden world of microorganisms. It has been estimated that 1 gram of soil contains up to 1 billion bacteria cells, comprising tens of thousands of species, up to 200 meters of fungal hyphae, and a wide range of organisms including nematodes, earthworms and arthropods (Fig. 2A). Soil bacteria are microscopically small, not visible to the naked eye and characterized by their high metabolic activity: at least 150 different metabolic pathways and 900 different bacterial reactions have been described. For instance, they are responsible for most of the recycling and storage of nutrients (like carbon, nitrogen or phosphorous), the reduction of contaminants like pesticides (Fenner et al., 2013) or the production of antibiotic substances (Nesme et al., 2014). Moreover, up to 90% of land plants live in close connection with fungi, which supply the plants with nutrients from the soil through a fine network of roots. In return, the plants provide sugars or other substances for the fungi, which the fungi themselves cannot produce. The fungi, that have this symbiotic relationship with plant roots are also called mycorrhiza. They can get as big as 100 km2 (Armillaria ostoyae, USA) or weigh up to 500 kg (Fomitiporia ellipsoidea, China). Through the roots and strings of mycorrhizal fungi, trees can exchange nutrients and information even across a forest (Simard et al., 1997). If these connections, pathways and reactions get lost because of environmental and anthropogenic stressors, a (soil) ecosystem will drastically change. This could lead to the crossing of a tipping point at which a small perturbation can lead to a large change in properties of the soil ecosystem and thus drastically change the functioning of the soil. Life in soils is generally overseen, as soils are considered to be „geo“ not „bio“. Soils are still under exploration as only 1% of soil biodiversity has been described and the current challenges are their functional abilities and ecology. 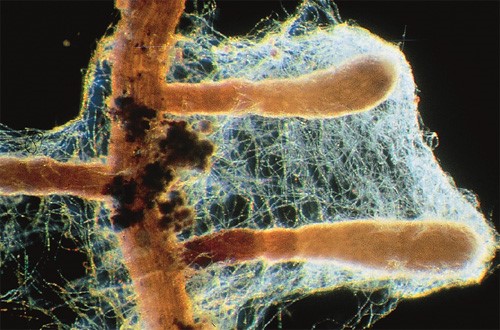 Fig. 2. Representation of the symbiosis between fungus and plant root (© Simon Egli). The mycorrhiza e.g. form a dense coating around the roots of the plant to allow interaction and exchange of nutrients.

If you ever happen to meet a soil scientist in the field, please don’t confuse her/him/they with an armadillo. We kind of merge with the soil profile and sometimes taste the soil to figure out whether it is crunchy or not. If you are interested to know how we approach soil you can check this very informative lecture of Prof. Peter Schad from the Technical University of Munich (here you find the same lecture in Spanish). But, you do not have to be a soil scientist/nerd to appreciate what is below your feet. Over history, soil ingredients have been used for cave painting and later for coloring clothes. Nowadays, artists revive these traditions, when reaching back on ferric iron oxides, responsible for yellow or red coloration in soil, carbon or manganese oxide for dark brown or black colors, and reduced (ferrous) iron oxide for grey and greenish tones. 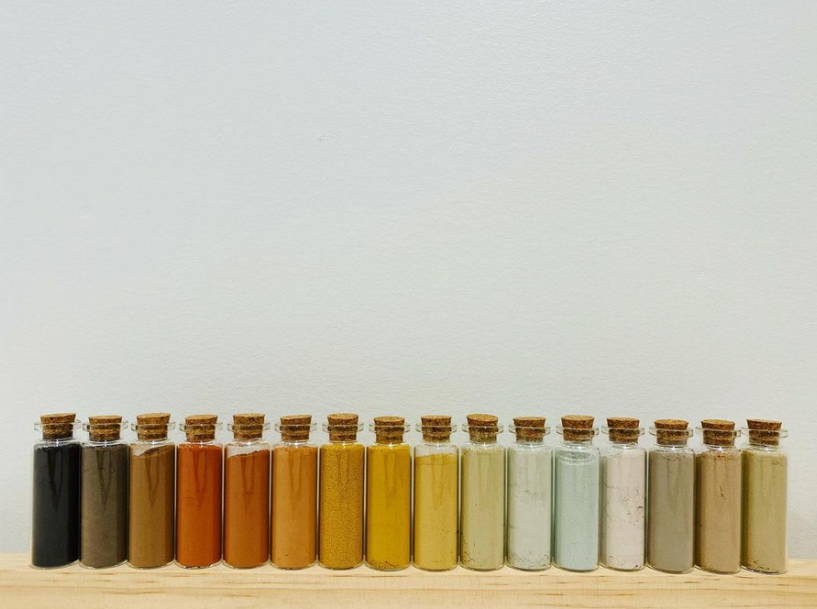 So, IT’S SOIL TIME, because they are EVERYTHING and you also might start seeing it EVERYWHERE!